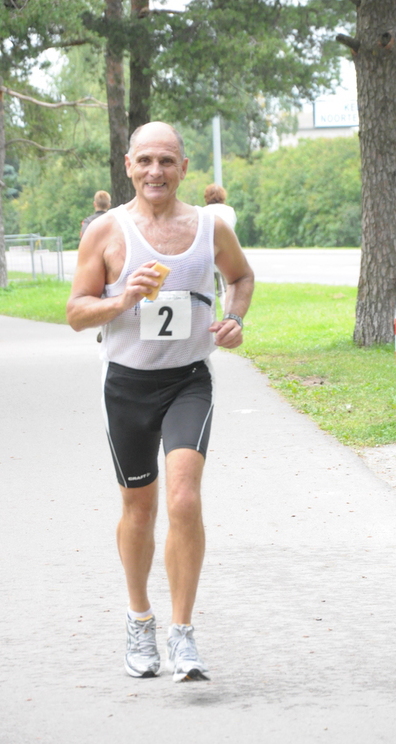 There is no doubt that Mart Haruoja together with Rene Meimer were the two who brought triathlon to Estonia. In 1987 Mart Haruoja founded the first Estonian triathlon club „Triatleet“. Later that same year Rene and Mart participated for the first time in European Ironman Championship in Finland where a Congress of European Triathlon Union also took place. Together with flags from other countries Estonian national flag was present despite the fact that Estonia was still part of Soviet Union back then.

In December 1988 Mart and Rene founded Estonian Triathlon Association. It was also during that year Oleg Ljadov and Mart Haruoja participated as first estonians at Hawaii Ironman, the World Championship in full distance triathlon.

In 1989 a formation congress of International Triathlon Union (ITU) took place with Estonia being represented as a founding member. Back at that time triathlon as sport was not well known in the USSR, so Estonia was representing the whole USSR in ITU. Two years later Estonian Triathlon Association became a full member of ITU.

Mart was a very active athlete and promoter of triathlon in Estonia during his whole life. Throughout his life he inspired other people to respect sports with his own behaviour, he supported young people while they were trying to fulfil their dreams and at least once a year raced a full distance triathlon himself. His achievement – to complete 24 full distance triathlons – is very difficult to beat. Unfortunately his biggest dream to take part in Hawaii Ironman at age of 70 was never to come true, as he passed away on January 10th, 2011.  Memories of time spent together with Mart during different events will always be with us.